March 8, 2019—On International Women’s Day, it is only fitting that we report on the launch of the “Alice Project,” the first project dedicated to research, advocacy, and litigation on behalf of women facing the death penalty worldwide.  On February 13th, the Center hosted a panel of professors and advocates to commemorate the launch of the Alice Project and the release of the Center’s groundbreaking report, Judged for More than Her Crime, the first global survey of on women facing the death penalty worldwide. The panel featured Professor Sandra Babcock, Center Executive Director Delphine Lourtau, Professor Elizabeth Brundige, and attorney John Carlson. View the recorded panel at this link.

Judged for More than Her Crime analyzes available data regarding women on death row and concludes that women are often sentenced to death in proceedings infected by gender bias. Specifically, the report catalogs a number of cases where decision-makers have condemned women to die after considering evidence of gender “transgressions:”  for example, that they neglected or harmed their children, had affairs outside of marriage, or failed to properly care for their parents.

“It’s impossible to overstate how important this new project is,” noted Professor Brundige.

“For the first time ever, it’s exploring the use of capital punishment against women, it’s telling the stories of women on death row.” 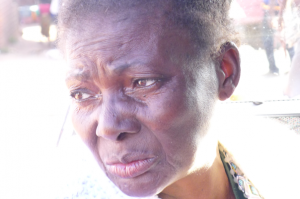 The Center’s research also demonstrates that capital prosecutions of women perpetuate multiple, intersecting forms of discrimination based on factors such as poverty, migrant worker status, marginalized racial or ethnic identities, and mental illness or intellectual disability. Many of the women in the countries surveyed have not only experienced discrimination based on one or more of these factors, but are also victims of gender-based violence. Many were convicted of killing men who wielded and abused their power over them. Yet it is all too rare for courts to consider gender-based violence as a mitigating factor at trial or at sentencing.

In many countries, women are the fastest growing category of prisoners. The launch of the Alice Project is an effort to join academics, activists, and lawyers in fighting the uniquely gendered challenges facing women charged with capital offenses. 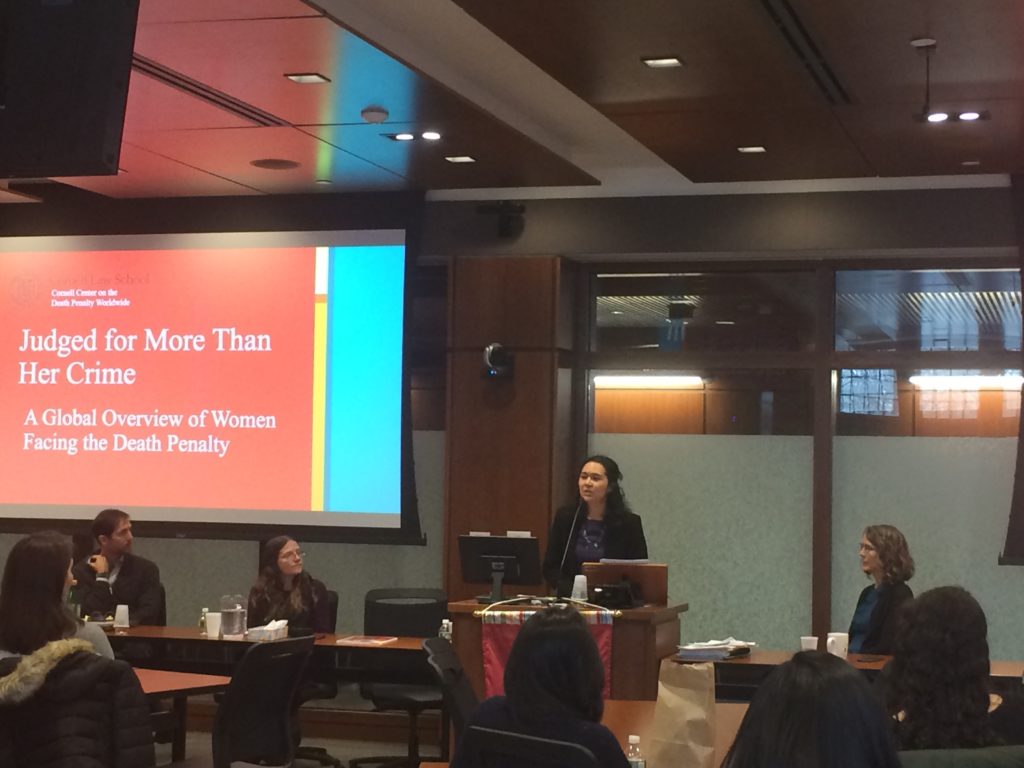 Professor Babcock explained in her remarks that The Alice Project was launched with four broad goals in mind: research, advocacy, training, and alliance-building. Each speaker on the panel at the launch shed light on the compelling reasons behind selecting these objectives and the ways in which the Project’s work has already begun to make a difference.

As Delphine Lourtau discussed at the launch event, it is currently impossible to get an accurate count of women on death row — our best estimate is 800 worldwide. Scholars and advocates continue to turn a blind eye to this population of prisoners, partially because women are sentenced to capital punishment at lower rates than men. The Alice Project aims to build upon the research in its first report by delving into country-specific and thematic data on women facing the death penalty.

The Project also aims to engage in direct advocacy for women on death row in national courts and international tribunals, said Professor Babcock, as well as conduct trainings for lawyers and judges around the world “to sensitize them to the specific kinds of issues that face women prosecuted for capital crimes.”

Alliance-building with gender rights groups is also a key focus for The Alice Project. Delphine Lourtau highlighted one heart-wrenching story of a female death row inmate in India who gave birth in prison.

On the story of a pregnant woman sentenced to capital punishment:

“Her son stayed with her until he was six years old. At that point, prison regulations mandated that he leave the prison, and because the prisoner had no family willing to raise him he was placed in foster care. He has had severe problems adapting to life outside prison, and his mother has sunk into a deep depression.”

Panelist John Carlson, who represents Brenda Andrew, the only woman on Oklahoma’s death row, shared the story of his client and the gender bias she faced in sentencing. Painted by prosecutor as promiscuous, the jury was urged to sentence her to die for having “plotted with her lover” to kill her husband. The prosecutorial narrative was overtly gendered — calling on all of Brenda’s former partners to testify, displaying her underwear to the jury, and describing her sexual history in lurid detail.

These stories unveil the specifically gendered challenges women face when they are charged with capital offenses. They also illustrate how the goals of women’s rights advocates can and should align with the goals of those involved in death penalty work — and why The Alice Project is equipped to form those connections.

The launch of The Alice Project at Cornell University is just the beginning for the Center and its partners. Moving forward, The Alice Project will work towards expanding its efforts in each of its four focus areas — research, advocacy, training, and alliance-building — and continuing to tell the stories of the invisible population of women on death row.

View the recorded panel at this link.